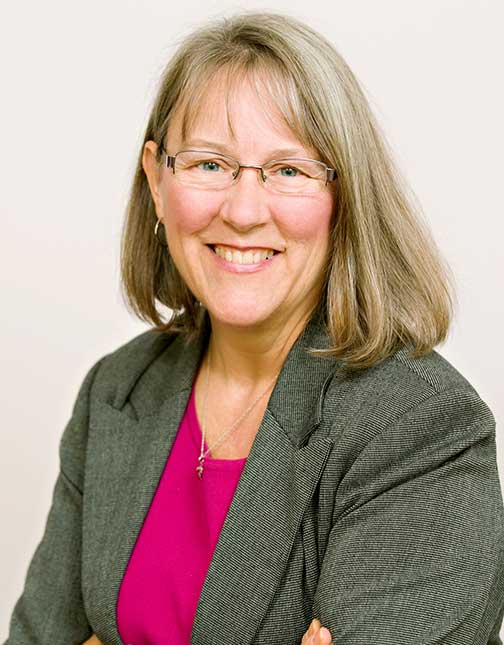 Attorney LINDA MEALEY-LOHMANN practices exclusively in the area of ADR – as a mediator and arbitrator, handling primarily employment law and workplace disputes, and commercial and business disputes. Linda was recognized as a “Minnesota Super Lawyer” in 2015 and was selected as one of the 2015 Women in Business honorees by the Minneapolis/St. Paul Business Journal. Linda has extensive ADR experience and litigation experience. She has mediated over 350 disputes, including employment discrimination matters, commercial matters, breach of contract, construction, home improvement, and other business disputes. She has more than 200 hours of arbitration experience.

Prior to her work as an ADR Neutral, Linda was an employment law litigator who counseled and represented clients in litigation (state and federal court), arbitration, and mediation (beginning in 1991).

Linda is a coauthor of the seminal ADR book, The Minnesota ADR Handbook: A Guide to Mediation, Arbitration, and Other Processes for Advocates and Neutrals (MN CLE 2011). She was an Adjunct Professor at William Mitchell College of Law, teaching ADR (negotiation, mediation, arbitration, and other Rule 114 ADR processes) for ten years (2006 to 2015). Linda was Chair of the ADR Section of the MSBA for two terms (2013-2015). She is a member of the National Academy of Distinguished Neutrals (since 2013). Linda is a frequent presenter for Minnesota CLE and has written and presented extensively on ADR, mediation, and employment law topics since 1995.

Early in her career as an employment law litigator, she recognized the financial and emotional toll that litigation places on litigants and concluded that there must be a more effective way to help parties resolve disputes. Linda then shifted her litigation practice to ADR – “appropriate” dispute resolution. She has developed a unique approach to mediation, based on her training and education in various mediation approaches and works with the parties and attorneys to tailor each mediation to fit the parties’ needs. She helps parties understand their own personal, economic, and business interests, and helps them think creatively about solutions that may satisfy those interests better than litigation.

Linda is also a member of several arbitration panels, including the AAA-American Arbitration Association, Commercial panel and Employment panel, and the BBB-Better Business Bureau Autoline Lemon Law panel, and sits as an Administrative Hearing Officer for several municipalities.

Linda also has significant cross-cultural experience. She is fluent in Mandarin Chinese and has lived in and traveled to China 22 times in the last 30 years. Linda has extensive knowledge of Chinese language, culture, business practices, and style of communication. She is active in the local Chinese community and sits on the boards of two China-related non-profit organizations. Linda previously studied Spanish for several years and lived in Peru. Linda also teaches cross-cultural communication and the impact of culture on ADR processes. This experience and knowledge help Linda work effectively with parties of varying ethnic backgrounds. 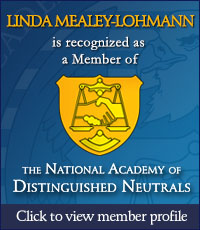