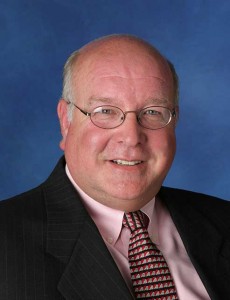 Michael Tewksbury brings a unique perspective to the ADR practice.  Mr. Tewksbury was a partner at Rider Bennett and his practice focused on defending insurance companies, their insureds, and insurance coverage litigation. He tried numerous cases.  In 1988, he joined Schwebel, Goetz and Sieben focusing his practice on the representation of injured Plaintiffs.

In 1994, the current firm, Tewksbury & Kerfeld, was formed.  The firm has a unique practice of representing individuals with injury claims in a wide variety of circumstances; professional malpractice, product liability, personal injury tort litigation, as well as insurance coverage matters.  The firm also does some defense work in large part on construction litigation matters.

The background of having been actively involved in representing both Plaintiffs and Defendants provides Mr. Tewksbury with a unique perspective which he brings to his ADR practice.  Additionally, by remaining an active practitioner in the handling of cases, he remains current with developments in the law, litigation practices, the court system, and the trial of cases.

Mr. Tewksbury’s philosophy in approaching a mediation is to make sure that the parties fully understand the strengths and weaknesses of both sides of the case so that each side can make an informed decision regarding potential settlement offers.  Having represented both insurers and claimants, he is able to address the issues directly that most often affect the decision making by each party.

He has conducted over 1,500 mediations and arbitrations.  He has served as a Special Master on three significant tort claims distributing in excess of $50 million in settlement proceeds to the claimants.